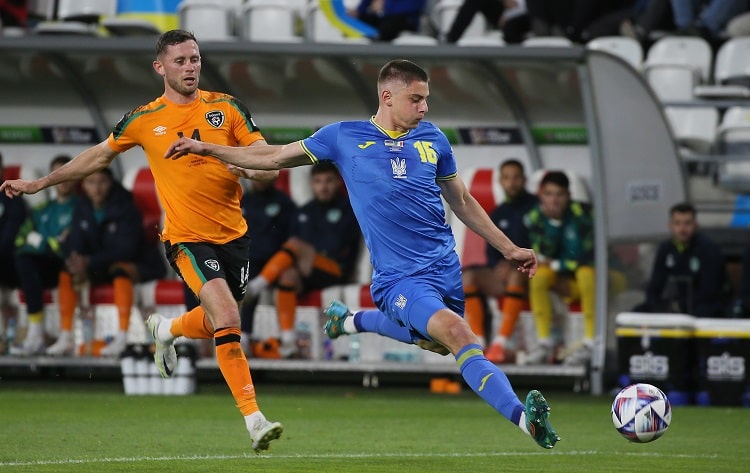 Defender of the national team of Ukraine Vitaliy Mykolenko commented on the draw in the match against Ireland (1:1) in the UEFA Nations League.

- I would not say that we bounced back or deserved to win. I think the result is natural.

- That's what happened to Collins, well done. At the next training camp we will analyze the mistakes, we will understand who is to blame for the goal.

- The captain has finally returned to the squad. How important is Andriy Yarmolenko for the team?

- This is a very important player, a captain who always leads the team forward. After a short pause, he went out on the pitch, trying like everyone else.

- Yarmolenko assisted Artem Dovbyk with his right foot. Has his rights become much stronger?

- Yarmolenko is like wine, he gets stronger over the years.

- Do you think it will be possible to keep the first place in the group of the Nations League?

- We will see, during the next training camp we will have two difficult games with Scotland. I think it will also be one more difficult away match with Armenia. I think the intrigue will last until the end.

- What are the results of the June matches?

- We fulfilled the task by 50%, because the main task was to go to the World Cup. In the Nations League, we remained in first place.

- We now have seven points, although there could be nine.A little annoying?

- There could be six. Once again, the result is natural, both teams wanted to win.

In the 2nd round of the English Premier League, "Everton" defended...

The English "Everton" of the defender of the national team of Ukraine Vitaliy My...

Vitaliy Mykolenko scored a goal in a friendly game for Everton

"Everton" defender of the national team of Ukraine Vitaly Mykolenko...