Serhiy Sapronov: "I hope that the Tallinn experience will be useful to the girls, and next spring they will return to the class of the strongest" 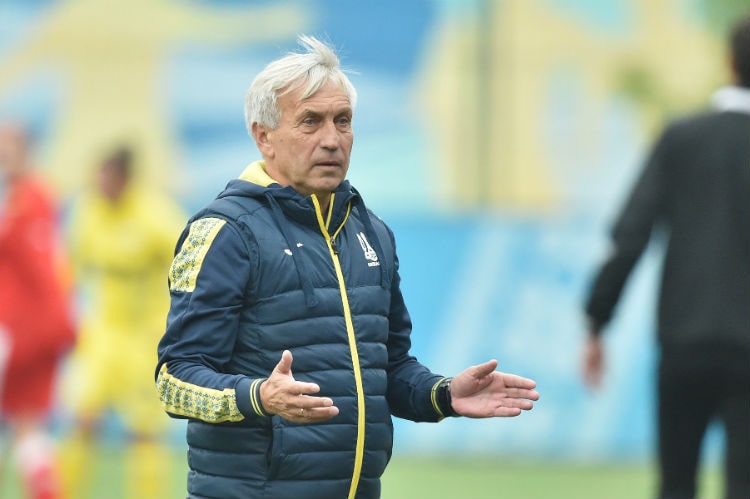 Women's national team of Ukraine WU-17 in Tallinn, Estonia took it last place in their League A group of the 2023 European Championship qualifiers and forced to leave the elite division.

The head coach of our girls, Serhii Sapronov, in a comment to the official UAF website, told what prevented his wards from performing better:

— Of course, those few days in Tallinn for training were not enough for our national team, which had not met for almost a year due to the war with Russia, to play. And here we were also unlucky with the draw, because at the start we had to find out the relationship with the favorites - the English women. The devastating defeat had a great impact on our football players psychologically.

— In this match, your wards missed 11 m'Yachiv, but they did not score a single goal. Was the advantage of British women so impressive?

- What is long to say here - the rivals were clearly stronger in all components, primarily in speed. And already this starting match proved our problems: a short bench, the lack of a reliable goalkeeper and a skillful striker. In the end, there was no miracle, because even before the start of the competition, it was obvious that we would have a lot of trouble in the matches with the main contenders for the first place, the English and the Danes.

— But the same British women in the second round limited themselves to only three scored mwith the goal of the Estonians...

— There is an explanation for this: since the final match against the Danes was decisive for the English women, they fielded a reserve team with the hosts.

— After the Ukrainian national team lost to the Danes — 1:4, in the last match with the Estonians, it was only satisfied with a victory, because the home team had a better ratio of goals scored and conceded with equal points"Yachiv...

- For the sake of justice, it should be said that my wards acted more meaningfully with the Scandinavian women. And if it weren't for the unsuccessful end of the first half, they could have conceded with a more honorable score.

As for the match with the Estonians, it went to our advantage, but, unfortunately, we failed to realize several goal-scoring opportunities, and in the end, due to a scoreless draw, we let the home team advance.

— Despite the disappointing result, does any of the wards deserve praise?

— The fewest complaints against Diana Borovska and Anastasia Astakhova. But Maryna Ptitsyna did not cope with the role of a leader.

— On December 7, the draw will take place, and we will find out the names of our opponents in the group tournament of League B. I hope that the Tallinn experience will be useful for the girls, they will progress and next spring they will return to the strongest class. It is too much that the backbone of the national team will be preserved.

WU-17: the women's national team of Ukraine learned about the opponents in the second round of Euro-2023 selection

WU-17: On December 7, the women's national team of Ukraine will find out the opponents in the second round of Euro-2023 selection

WU-17: the women's national team of Ukraine failed to beat Estonia and will leave League A for Euro-2023

The Euro-2023 A League tournament ended in Tallinn, Estonia...

WU-17: the women's national team of Ukraine lost to Denmark in League A Euro-2023

The Euro-20 A League tournament continues in Tallinn, Estonia...