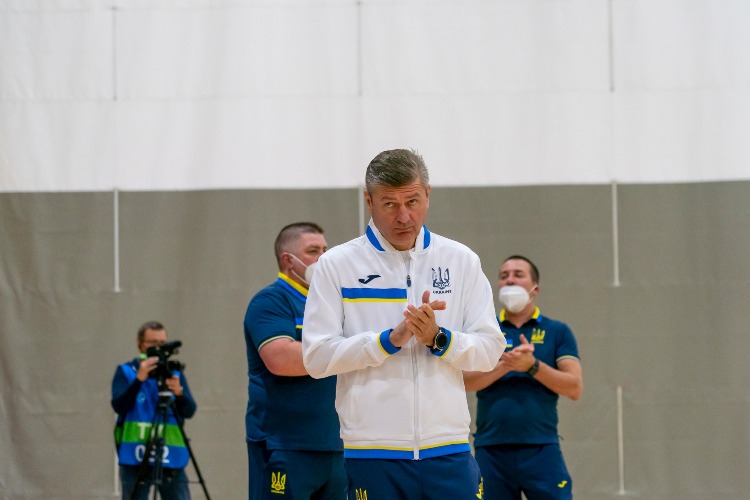 Oleksandr Kosenko, head coach of the Ukrainian futsal team, spoke about the team's preparation for the match with Kosovo.

Away match of the main round of the World Cup 2024 selection against Kosovo blue-yellow will hold today in Pristina (starting at 18.00 Kyiv time).

Oleksandr Kosenko, the head coach of our team, shared his expectations the day before, whose words he quotes the Futsal Association of Ukraine press-service reports,.

— Oleksandr Petrovych, the Ukrainian national team is waiting for a match against Kosovo. Tell us in what mode the team is preparing for it.

— On November 5, we flew to Pristina. During the next three days, they worked in the regime of one-time training sessions, and also conducted theoretical classes.

— What can you say about the hall in which the match will take place?

— I'll be honest, I didn't really like the coverage. It can be seen that it is a little outdated. Sometimes even the ball does not have a proper rebound from the floor. There are small potholes that have been patched. Of course, I wish the coverage was faster. Although the hall was wet cleaned, traces of glue after handball remain. However, both opponents will be on equal terms.

— The Football Federation of Kosovo hung banners in support of our country in the hall. How nice is it to train with such an entourage?

— All the countries where we played after February 24 sincerely support Ukraine. It adds to the effort!

— A month ago, our team already played with Kosovars. This time the match will take place on the opponent's court. Probably, everyone is well aware of how they cheer in the Balkans.

— Playing away is always more difficult. In the Balkan Peninsula, they passionately support their teams in all game sports. In addition, I have already mentioned that the Kosovo national team is at a good level. The Balkans really took a step forward compared to our face-to-face match three years ago. It will definitely not be easy. We have to go out on the court and be as focused as possible from the beginning of the meeting.

— Unfortunately, for the national team of Ukraine, all matches are away games. Do you agree that it is probably better to play in a full house, when most people are rooting for the opponent, than in an empty one?

- Of course. We play for the audience. Of course, this is an additional advantage for the hosts, and the guests receive a certain pressure from the stands. However, you want to feel the atmosphere and see the fans. We also hope that a part of the Ukrainian diaspora will be present in the stands.

— What do you say about the newcomer of the team, Rostislav Semenchenko, who in the fall became a semi-finalist at the youth Euro, and in the summer won silver at the student world championship?

— Indeed, Rostislav played well in the matches of the student world championship and drew attention to himself. I hope that he will continue to progress and take a step forward from the student and youth teams to the national team. Rostyslav showed himself well in these teams, so he deservedly received a challenge.

— The match against Kosovo will be the last official one for the 2022 Ukrainian national team. Wanting to go on a four-month hiatus in qualifiers with a win under your belt is additional motivation?

— I want to end both the first and the last — and in general, any match during the year — with a victory. We will try to please the fans with a good game and a positive result.

The roster of the Ukrainian national futsal team:

As part of the selection for the 2024 World Cup in futsal, the blue-yellow team beat Kosovar in Pristina...

Oleksandr Kosenko's wards continued their performance in the main round of the re...