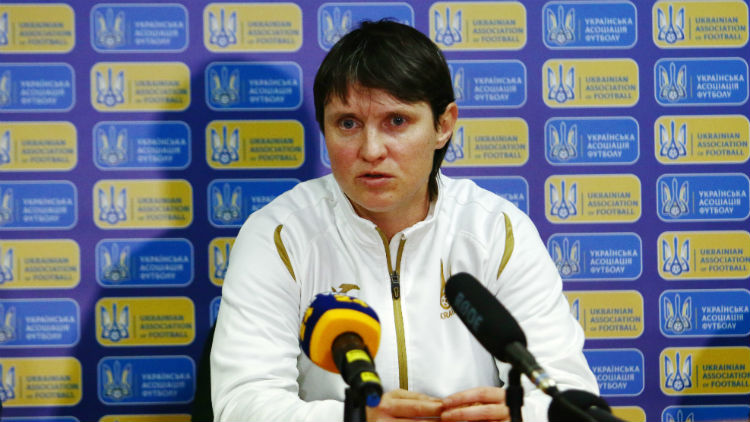 The head coach of the women's national team of Ukraine Nataliya Zinchenko commented on the victory of her wards over Montenegro in the Euro-2022 qualifying.

In the final match of the qualifying round of the European Championship-2022 the blue-and-yellows defeated Montenegro with a score of 2: 1. This victory allowed our team to take second place in the group and continue the fight to reach the final tournament.

- After three defeats at the beginning, no one believed that our team would take second place in the group and continue to fight for the Euro, - said Nataliya Zinchenko. - Many thanks to all the girls, they are our heroes. Thanks to all the coaches and managers - for their patience, for training the players in the clubs. Thanks to our coaching staff, who worked in harmony. I think that the coherence of our team also played a big role in today's success. Today's game turned out to be very important. It was difficult, because Montenegro also gained momentum, was set up, we were under a lot of pressure because of the result. We did not know what was happening in the parallel game. But the most important thing is that we won.

- Why had the team's defenseso many problems in tonight's game?

- I think that there was an underestimation of the opponent, because we did not feel such pressure in away game. However, we analyzed the matches of rivals. I think there were also coaching mistakes. We made mistakes in the middle zone, lost a lot of rebounds, especially in the first half, which is why there were more moments at our goal than in previous matches. However, the most important thing is that we scored one more goal and won. We will analyze the mistakes later when we meet again.

— Today, not everything depended on our team, the result of the match Ireland - Germany was also — important...

- Many thanks to the German national team for holding the usual match, even with not the strongest squad. Plus, there were a lot of players who had to prove something to the coach in this match. They had a double motivation.

- Was the possibility to give the playing time toApanashchenko?

- Unfortunately, due to COVID-19, many of our players have not fully recovered in terms of functional conditions. It was visible today on Olha Basanska, but she came out, fought on the pitch ... The most important thing for us is the health of the players. We have performers who can replace Darya Apanashchenko. These are Nicole Kozlova, Yana Kalinina, Tamila Khimich, Natiya Pantsulaya. It is very good when there is interchangeability, normal team play.

— Who would you like to see as a rival of the national team of Ukraine in the playoffs?

- The postponed matches will be played in February next year. When we know all the potential rivals, then we will understand. At this stage, all teams are strong, we need to prepare for good games.

Natalia Zinchenko: "The women's national team of Ukraine first of all needs to think about its match with Montenegro, and only then to look back at the competitors"

Having won a convincing victory in th ...

Natalia Zinchenko: "Now all attention is focused on the confrontation with the team of Ireland"