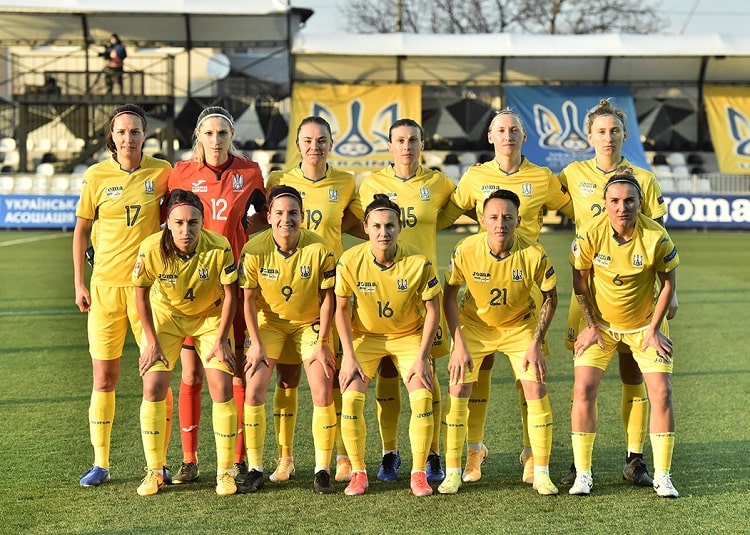 The striker of the American team "Virginia Tech" and the women's national team of Ukraine Nicole Kozlova shared her impressions from the playoff matches of the Euro-2022 qualifiers.

In the playoffs of the European Championship 2022, the women's national team of Ukraine in two matches lost to the team of Northern Ireland (1:2, 0:2) and failed to make it to the finals of the tournament. The result of the confrontation in an interview with the official FIFA website lined up our forward Nicole Kozlova.

"Of course I'm disappointed, but I know you can't change what happened. Qualifying matches of the World Cup are waiting for us in the fall, so the main attention should be paid to a kind of restart, self-improvement and correction of our mistakes.

Obviously, there were mistakes on our part, and we need to correct them. We will work to bring our game to a new competitive level. We need to move on, although it is difficult psychologically. Personally, I was upset that the opportunity to reach the final of the European Championship can only be once in a lifetime, and I'm not sure I will have another chance. However, we must leave everything behind and continue to move on, "Kozlova said.

According to the results of the draw of the 2023 World Cup among women in Australia and New Zealand, Ukraine got to group B. together with Spain, Scotland, Hungary and the Faroe Islands. Our football player commented on this draw:

"At first I thought: wow, this is a tough group. For example, I have never played against Spain or Hungary, but we have faced Scotland several times. Therefore, it is a combination of new and strong teams. But in football, everyone can win if their day comes. This is happening more and more often in men's football.

The gap between clear favorites and outsiders has narrowed, and everyone can beat anyone. I think that if we have the right mentality, we are in a good mood, and each of us plays with full efficiency, then there will be a chance to leave the group. We can never say that we have no chance. We must do everything in our power, and then we will have another wonderful opportunity in life. "

20-year-old Nikol Kozlova also spoke about the microclimate in the women's national team of Ukraine and the attitude of football players to the game.

"Every time an important match is shown on TV, we try to watch it together and learn something new. We all read books by different coaches, study their tactics. I like this passion for football. We always take the fight on the field and although we may not be the most technical team in the world, we are really fighting to the last. As long as we have such an attitude to the game, we can hope for positive results, "said Nikol Kozlova.

The women's national team of Ukraine learned the calendar of its matches in the qualifying ...

Draw of the 2023 World Cup among women's teams: rivals of the national team of Ukraine in the qualifying tournament were determined

The draw for the qualifying tournament of the championship took place in Nyon today ...