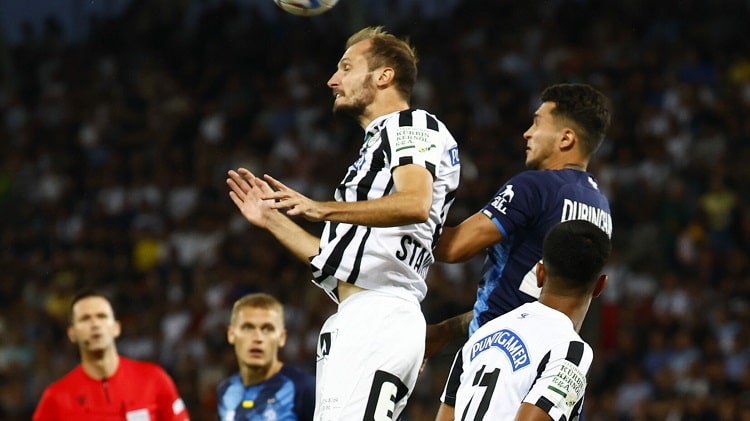 Dynamo Kyiv continued its journey in the 2022/2023 Champions League, beating away Sturm Graz in extra time.

A week ago in Łódź it was white and blue who obtained the minimum victory 1:0, but the fate of the confrontation in the third round of the Champions League qualification was still decided in Graz. Compared to the last match, Mircea Lucescu made two changes: Tsygankov returned after an injury, and in Popov's absence, Syrota started.

Dynamo created the first goal-scoring moment in the match - in the 5th minute, Tsygankov rolled the ball to Shaparenko, but he shot over the goal. Over time, the initiative was taken by the Austrians, Bushchan had to work, in particular, to clean up the mistakes of the defense, to react to a long shot by Ghirlander. However, in the 27th minute, Sturm did score - a vertical counterattack by the home team ended with a good shot by Goylund from an acute angle. 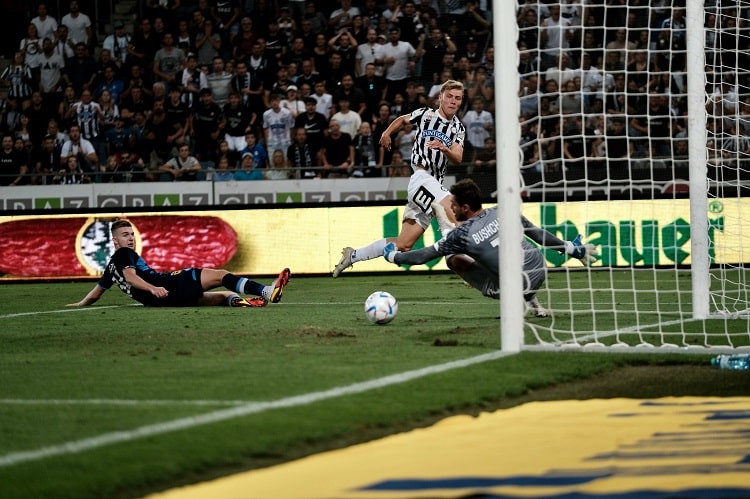 The Kyivans soon had a chance to win back, but Buyalskyi's shots after good passes from his partners lacked power and accuracy. Instead, the Austrians attacked dangerously - shortly before the break, Bushchan parried a shot by Girlander from the penalty area, and in another attack, Prass sent the ball over the crossbar.

In the second half, the teams acted more cautiously. In the 57th minute, Tsygankov played a free kick with Shaparenko and hit the target well. Afterwards, there was a burst of activity from the home team - Bushchan reacted to Sarkaria's and Horvath's shots, and Affengruber shot past the goal after a corner. In the time added by the referee, Dynamo had an opportunity to end the duel in their favor, but Garmash hit the crossbar after Tsygankov served from the corner. 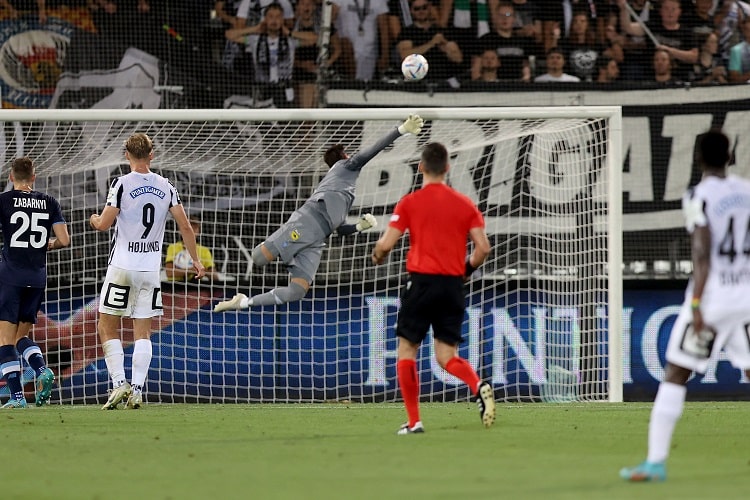 Extra time, as in the previous confrontation with Fenerbahce, was for the Ukrainians. In the 97th minute, Tsygankov cut through the opponent's defense with a smart pass, and Vivcharenko sent the ball into the goal with the second touch. Debut goal for Konstantin both for Dynamo and in European Cups in general. Later, "Sturm" remained in ten - Sarkaria received the second warning. In the majority, the white and blue team scored for the second time - after a great attack from Buyalskyi's pass, Tsygankov scored.

Now, in the playoff round of the Champions League, "Dynamo" will face Roman Yaremchuk's Portuguese "Benfica". The first match of Kyiv will be played at home on August 16/17, and the second away game on August 23/24. 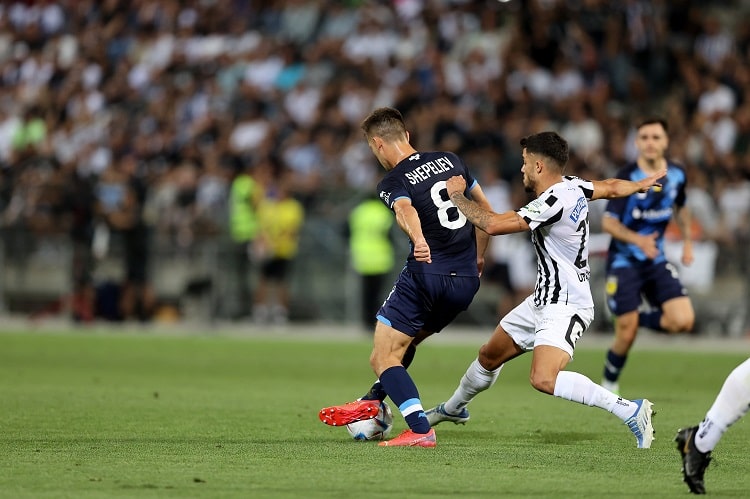 Today's match was attended by Dynamo players who were in the application for the June matches of the national team of Ukraine: Bushchan (yellow card), Zabarny, Syrota, Sydorchuk (yellow card), Shaparenko, Tsygankov (goal, assist, yellow card), Karavaev (yellow card, came on as a substitute in the 71st minute).

League of Europe. "Dynamo" started the performance in the group stage with an away defeat against "Fenerbahce"

"Dynamo" Kyiv started in the group for the eighth time in history...

Champions League. "Dynamo" again lost to "Benfica" of Roman Yaremchuk and will play in the group round of the Europa League

Kyiv "Dynamo" completed its journey in the Champions League-202...

League of Nations. The Ukrainian national team drew with the Scottish team and remained in the B division

In the final match of the group round of the League of Nations-2022/2023, the national team of Ukraine...

U-21: the youth national team of Ukraine defeated Slovakia and won a ticket to Euro-2023!

League of Nations. The national team of Ukraine defeated the team of Armenia in Yerevan

In the guest match of the League of Nations against Armenia, Oleksandr P...