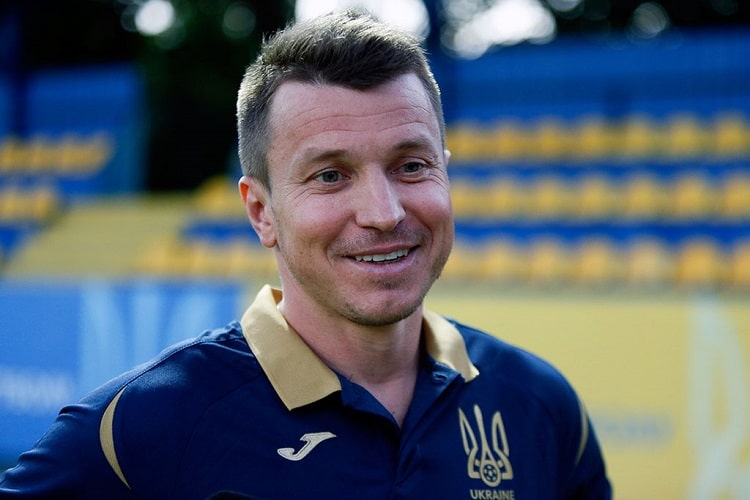 The youth national team of Ukraine went to Georgia, where in the period from November 16 to 22 holds the training camp, during which he will play two control matches - against Israel and the hosts.

"We needed this collection first of all in order not to let anyone in and to keep track of our talents. There are a lot of them now, especially abroad. Two matches will help us to look for a reserve, we have to think about it every minute. New performers who have not yet been played for the youth national team have a great chance to get into the team and go to the Euro.

We talked with the clubs, we agreed, they can rightfully not let the players go, because this fee is not included in the FIFA dates. Therefore, it is only by prior agreement.

Opponents are very interesting, with their own handwriting, their own game. The main thing is that we wanted to play with teams that do not follow the 4-4-2 or 4-3-3 scheme, but play with three defenders. I think it will be a good experience for us, which will help in the future," head coach Ruslan Rotan believes.

"I am very happy to be called up to the youth team for the first time. This is a great opportunity to prove yourself, show your level. I expect that I can learn something new and learn from good coaches," says Shakhtar goalkeeper Denys Tvardovskyi.

Let us remind you that in our team, which previously published Ruslan Rotan, significant changes have taken place. Due to various reasons, Didyk, Drambayev, Kozik, Kryskiv, Ocheretko, Mykytyshyn and Shostak did not go to Georgia, instead, Bunchukov, Kulakovsky, Mykhaylenko and Yakuba were called up from the reserve list. In total, there are now 22 performers.

On November 19, Ukrainians will meet with the youth national team of Israel, and on the 21st - with the youth national team of Georgia. The start of both matches at Tbilisi Sea Technical Center Stadium is at 18.00:16.00 local time (2023:21 Kyiv time). It should be noted that both opponents of the blue-yellow team are also participants in Euro-XNUMX (U-XNUMX): Georgia - as the host, and Israel - after overcoming the selection, in which they surpassed, in particular, Poland, Hungary (in the group) and Ireland (in the play -of).

The squad of Ukraine U-XNUMX:

We will remind that according to the results of the Euro-2023 (U-21) draw, which had happened On October 18, Ukraine got into group B, where they face Romania, Spain and Croatia. Our team will begin its journey with a match against Croatia, which takes place on June 21 next year in Bucharest, Romania.