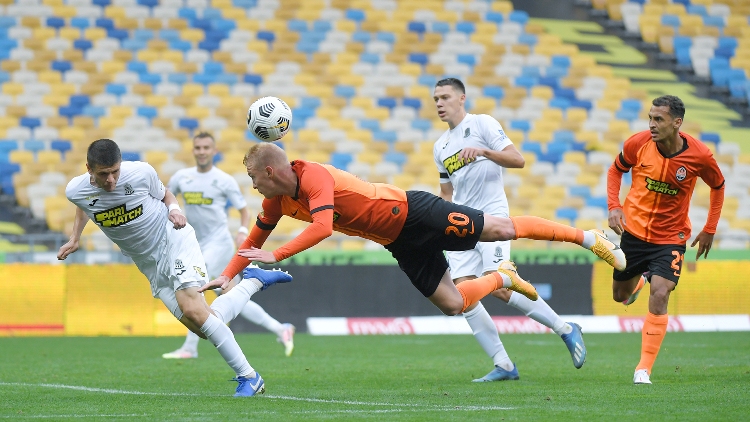 Four matches of the 4th round of the Prem 'took place on Sunday., which were played by representatives of Ukraine in European Cups.

The game day began with Zorya's confident victory in Lviv over the club of the same name, weakened by the absence of Georgy Tsetsadze on the coaching staff. In the first five minutes, Luhansk scored twice - Yurchenko scored a long shot not without a mistake by goalkeeper Litovchenko, and Gromov played on the finish line after Kabayev's shot.

Even before the break, the guests made their advantage great. Gromov scored after a corner, and then ex-player of the national team of Ukraine Gladky shot with a double. Closing the passes of Kochergin and Favorov, the 33-year-old forward scored his first goals for Zorya. After that, Viktor Skrypnyk's wards played on the scoreboard, and Lviv did not use their chances to reduce the gap. Shina had the best moment, but hit the post. So 5: 0 - Luhansk wins the first victory in the Premier League.

Shakhtar, who had previously lost four points in two matches, won not the easiest victory. Compared to game against Rukh Luis Castro made five changes to the "base". It should be noted that the injured Stepanenko and Konoplyanka, as well as the disqualified Bondar could not help the miners in the meeting with Olimpik today.

The first half passed with a clear advantage for Shakhtar, but he failed to score. Kichak came to the rescue after Dodo and Alan Patrick's shots, and after Marlos' shot at the empty goal of the Olympic goalkeeper, the defender secured it. The guests responded with a good header from Lebedenko, which Pyatov coped with. Shortly before the break, Kornienko earned an orange-and-black penalty, but Kichak beat Alan Patrick in a duel of nerves. 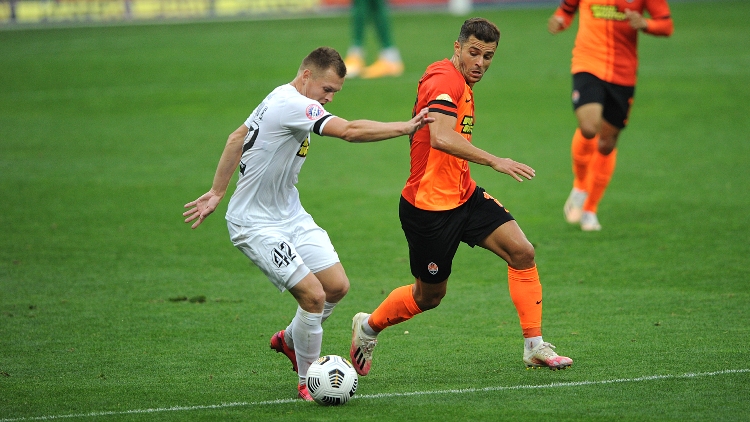 In the second half of the match, the champions of Ukraine continued to press. Tyson's shot went higher, Kichak made a few more saves, but eventually missed "Olympic", and twice in a short time. First, Kovalenko closed Kornienko's shot from the left, and later Moraes took advantage of Maicon's penetrating pass. Nominal guests could play one ball, but Pyatov managed to shoot Chogadze. As a result, the miners not only won the first victory since August, but also did not miss for the first time this season.

In the final two matches of the round, our European Cup fighters hosted two newcomers to the elite. "Desna" failed to make its debut in the Europa League, giving way on the departure of "Wolfsburg". For the match with Rukh, Oleksandr Ryabokon refreshed the starting lineup with four new performers. Chernihiv took the lead after Totovytskyi shot from a penalty awarded for a handball. In the first half, Klymchuk restored parity after a flank serve, but shortly before the break Degtyarev took advantage of Totovytskyi's excellent penetrating pass - 2: 1. In the second half of the match, Desna created several more dangerous moments and eventually managed to increase their advantage after a substitute goal by Budkivsky.

The only Ukrainian participant in the European Cups of the 2020/2021 season who did not win in this round was Kolos. Kovalevsky team on Thursday spent 120 minutes against Rijeka on a heavy lawn, so Ruslan Kostyshyn could not do without large-scale rotation. In the match with "Ingulets" there was enough struggle, what can you say about the dangerous moments. At the end of the match both teams could score, but in the end the fans did not see the goals.

In the 42nd minute Alan Patrick ("W") missed a penalty.

Premier League. Rukh lost to Zorya in the minority, Ingulets and Minai earned one point each

In each of the three final ...

Premier League. Vorskla kept a draw with Shakhtar in the minority, Dynamo beat Oleksandriya and leads the table

The UAF Arbitration Committee has published ...

Officials have been appointed to the Premier League round 7