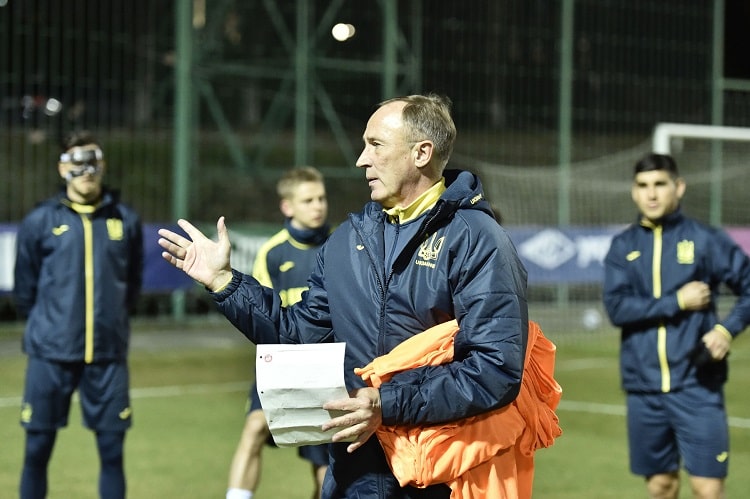 A meeting with the participation of the head coach of the national team of Ukraine Oleksandr Petrakov took place in the capital's House of Football. After the meeting he answered several questions.

- What is the current situation with the date of arrival of the Dynamo players to the national team's camp?

- Mircea Lucescu called me: "The guys will play for 45 minutes and will come to you." I thought about it and decided to let them go. They will play the 4th with Basel and the 5th, I think, will already be at training camp. This is my decision at such a difficult time. Let it benefit us.

- Are you satisfied with the place of the future training camp of the national team?

- UEFA President Alexander Ceferin has helped us a lot during these difficult times. There is a new base there, and the pitches are nearby. 40 km from Ljubljana, 10 km from the airport. All conditions are great - just get ready for matches. On May 30 we can just fly from Ljubljana to Scotland.

- Yes, I asked to offer such match to the England national team. But Gareth Southgate gathers the team on May 30. We obviously do not have time to meet the deadlines, so there will be no match. I asked to go to Northern Ireland. They have an earlier championship finish. We are looking for options now to play on May 26. All our legionnaires will gather - from England, Italy, Belgium.

- There are still questions about the June home matches in the Nations League against Ireland and Armenia. Is it an initiative of the coaching staff to play them in Poland?

- This is an initiative of UAF President Andrii Pavelko in a situation where due to martial law it will not be possible to hold these matches in Ukraine. He spoke with the head of the Polish Football Union. I agreed. Poland is lucky venue for me! In 2019 we played there in Lodz in the World Cup final. We can even play in the same stadiums from 15 to 18 thousand seats. They are small, and Ukrainians will come to support us.

Oleksandr Petrakov: We do business for the country, we play to bring positive emotions to compatriots

Alexander Petrakov's press conference on the eve of the home match of the League of Nations with Ireland (live - from 17.30 pm on the UAF YouTube channel)

Oleksandr Petrakov: "The atmosphere was just wonderful, we seemed to be playing in Ukraine"