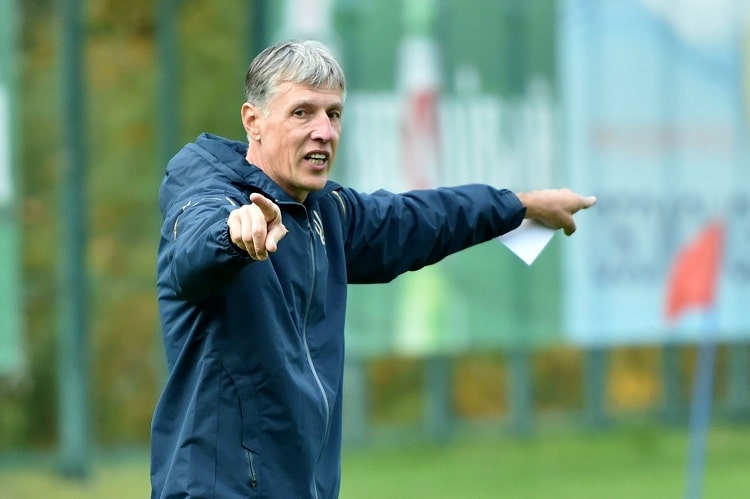 The matches of the second stage of the Euro-2022 selection took place in Austria (WU-19) in League A, following which the youth women's team of Ukraine took third place in your group.

The head coach of the youth women's national team of Ukraine Valery Palamarchuk in a comment to the official website of the UAF shared his impressions of the performance of his wards at this prestigious tournament:

- I think we deservedly kept our residence permit in the elite division. This is very important, because competing with the best national teams of the continent, my wards progress faster, enrich themselves with valuable experience.

- Did you have any problems with the personnel issue?

- No, I had exactly the players I was counting on. Another thing is that we could not boast of a long bench, but, fortunately, in Austria there were no injuries, and we kept in the ranks of all the leading players.

- In the matches with the favorites of the tournament, the Norwegians and the Austrians, were there any chances not to lose?

- In the opening match, with the Scandinavians, it was unrealistic, the opponents were too strong. As for the duel with the hostesses, after the break we managed to give them a fight. And although we lost with a minimum score, we still managed to gain a strategic advantage over the counterpart in the final match - the Bulgarians. After all, thanks to the better ratio of goals scored and conceded, we were even satisfied with the draw in order to continue our registration in League A.

- However, it is unlikely that you set up your wards to focus exclusively on defense in order to achieve the desired result ...

- There could be no talk about it. He set up the girls to look for happiness at someone else's gate, although he asked to be as focused as possible in each episode of the game. Because the price of a mistake could be too high… In general, the ball was more often owned by the Bulgarians, but the number of scoring opportunities was in balance. In fairness, the last word could have been for the Bulgarians, but our goalkeeper Kateryna Boklach won a duel with her rival, who came face to face with her… So, it all ended with the signing of a peace agreement.

- Most likely, the matches of the first stage of selection for the final part of Euro-2023 (WU-19) will take place in October. Only among girls born in 2004-2005. But we should not have any problems with the composition, because among my current wards there were many 18-year-olds… Taking this opportunity, I want to thank the hosts for the excellent organization of the competition, for their support. By the way, representatives of the community of the city of Bad Wimsbach-Naidharting, where we held our matches, raised funds, which we will donate to the needs of one of the children's medical institutions in Kyiv.

Following the results of the second round, the seven winners of League A groups joined the host of the Euro, the Czech national team, in the final stage, which will take place from June 27 to July 9.

In mid-May, the youth women's national team of Ukraine WU-19 in Austria took ...