Futsal Ukraine national youth team made it to the final of Euro-2019! 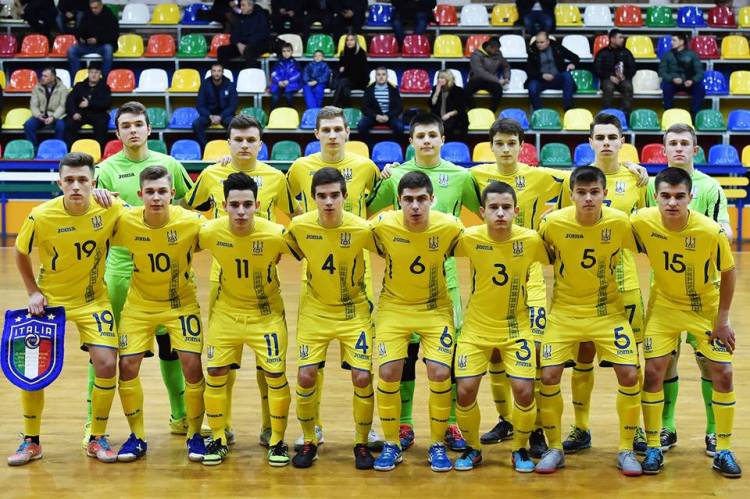 Vitaliy Odegov's team won a second victory in the main round of selection for the European Championship.

In Skopje, Macedonia, the matches of the qualifying group 4 continue on the field of IBC "Calais". a willful victory over Belgium Ukrainians met with peers from Romania.

In the 6th minute of the match Denis Blank from "InBev" opened the scoring, but soon the opponents came back. At the end of the first half, the blue-and-yellows were again led by Energia's representative Yaroslav Kvasniy, who also saved the goal frame before the Romanian break.

At the beginning of the second half of the match, the Ukrainians increased their advantage - Blank scored a double and Eduard Nagorny from Avangard scored. Within the half, the fifth goal of our team was scored by the player of "Hurricane-2-KFV" Vladislav Zavertany. The blue and yellow handicap was enough to win, despite three more goals scored by the Romanian team and tense last minutes.

As part of the main selection round for Euro-2019 (U-19), 28 teams are divided into seven quartets, the winners of which will become participants of the Continental Forum. They will join the Latvia national team, which will host the final of the European Championships, which will take place from September 8 to September 14.

In the match for third place at the Montaigu Futsal Cup, the wards of Vitaly Odegov ...

Euro-2022 in women's futsal: all rivals of the national team of Ukraine in the main round of selection have been determined

In 2021, the women's national futsal team of Ukraine will take part in the main ra ...

U-21: the schedule of matches of the Valery Lobanovsky Tournament with the participation of the youth national team of Ukraine has been determined

This year in the traditional tournament in Kiev under the auspices of UAF will take part ...