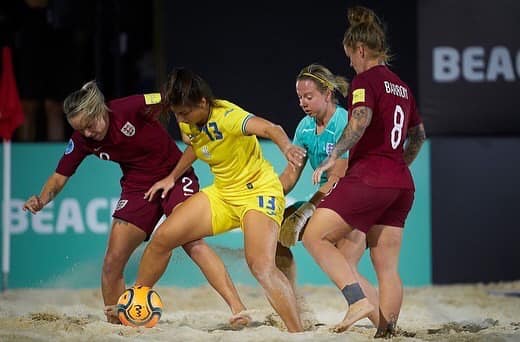 Yesterday, in the opening match of the competition, the blue-yellow lost to the fourth team of the BSWW world ranking — Brazil (0:2). And today they faced the second team of the world - England.

In the first period, the English women fully confirmed their status as the favorites of the meeting, scoring twice in the goal of Anastasia Terech. Katie James scored the double.

At the start of the second 12 minutes, Molly Clark hit a great long range shot to score her team's third goal. However, almost immediately Terek demonstrated that she has an equally strong shot, and Anastasia Kalyagina put the ball into the net — 1:3. In another four minutes, our goalkeeper managed to upset her English counterpart, although not without the help of a ricochet. However, the hope for a comeback was short-lived - Katie James scored a hat-trick, again increasing the advantage of our rivals to two goals - 4:2.

There were no goals in the third period, and the Ukrainian women suffered their second defeat at the tournament. Thus, tomorrow they will compete for third place with the Netherlands team.

In today's other match of the tournament, the Brazilian national team defeated the Netherlands - 8:1.

Today, the women's beach soccer team of Ukraine started in the selection...

Today, July 21, the women's beach soccer team of Ukraine will start on...