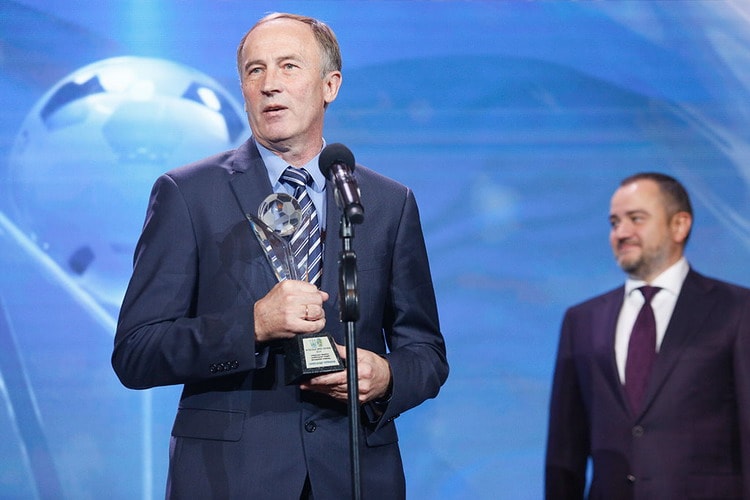 The head coach of the national team of Ukraine U-20 of the previous convocation Oleksandr Petrakov mentioned the triumph of the team at 2019 World Cup.

Today, June 15, marks one year since the national team of Ukraine U-20 won the World Cup. Some moments of those competitions were mentioned by the head coach of the blue-yellows Oleksandr Petrakov.

- What are your emotions a year after winning the World Cup with the Ukraine U-20?

- I want to experience such joy as I had then for all Ukrainian coaches. Incredible feelings when you become a world champion ... This is a story that is always nice to remember, but now a new dream has appeared - to reach similar heights with a new team.

- After what game at the World Cup did you realize that this team can go far?

- At first, my dream was to get into the top three. But in fact, I probably would be happy to reach the quarterfinals. And as for your question, it so happened that we went to our goal from game to game. And when the Italians were beaten in the semifinals, I told the wards that in no case can the tournament be finished in the rank of vice-champions, it will be a failure (smiles). But when I saw the eyes of my guys before going to the match with the Koreans, I realized that everything would be fine ...

- Which match was the most difficult for you in the tournament?

- The first, with the United States. They had seven or eight individually strong performers with an already good world price. Our team won this match on a crazy nature. And, of course, I should mention the semifinals against Italy. With such passion, which was in my wards, you can beat the European top teams.

- I will not call anyone personally, it would be wrong. This victory was forged by everyone, from the administrative headquarters to the attackers.

- At home, your historical success has not gone unnoticed ...

- We were greeted wonderfully! I confess, immediately after the final match, right on the field of the stadium in Lodz, Andriy Pavelko promised the team solid bonuses for the victory. As a result, the president of the association overfulfilled the plan (smiles). We are sincerely grateful to the UAF leadership for the prizes and for the warm gala evening organized by the team. Such moments remain in the memory forever ...

- Are you watching your former wards?

- Fate has already scattered us, there are only pleasant memories, but I follow all the players, sometimes we communicate, because for me they are like children.

- We are waiting for June 17, when a video conference of the UEFA Executive Committee will happen.. There are three plans for the development of the situation. However, our September and October selections have not yet been canceled. And in November, according to the plan, a new Euro qualification should start. It will be interesting for us to play in the elite class, with the best national teams of the continent.

But now the main thing is health. And after the resumption of the competition, I wish the Ukrainian teams success, and that the main team of the country would please us with the results at the Euro in 2021.