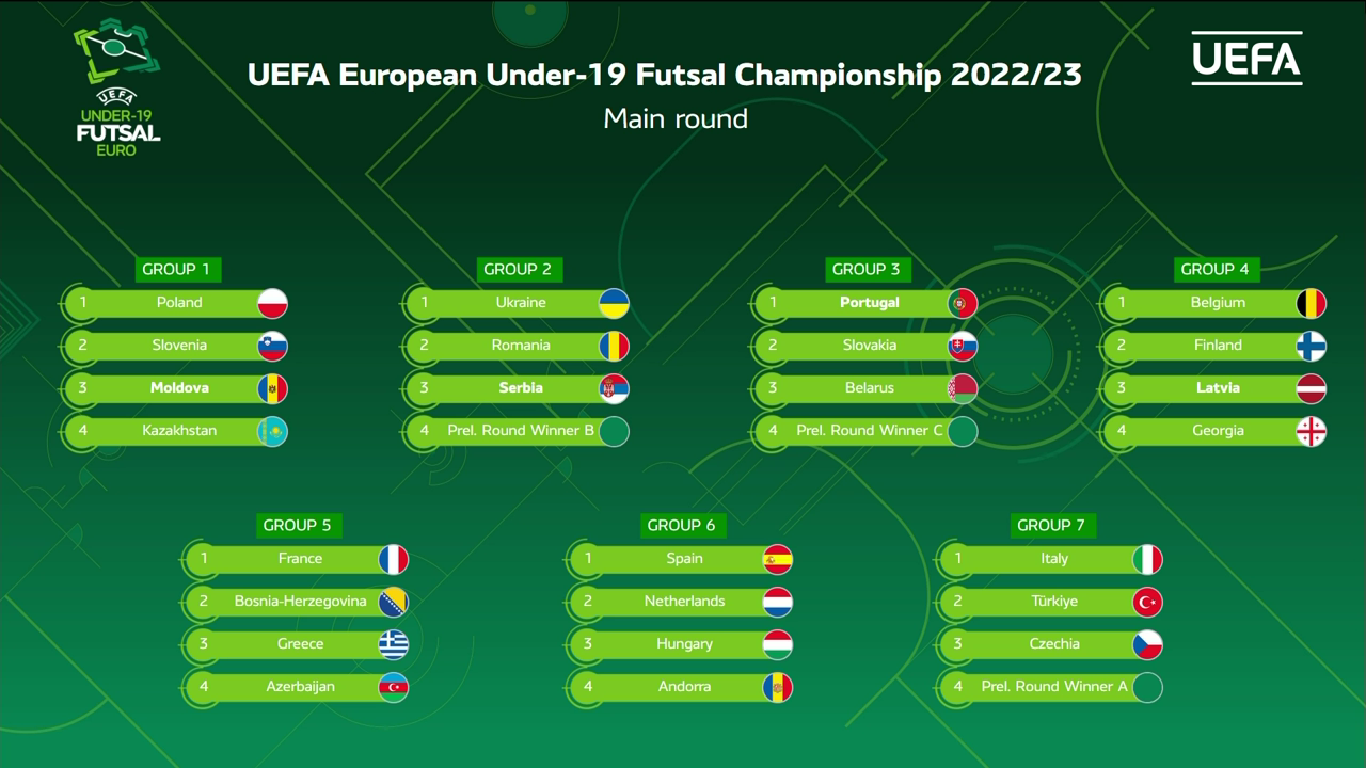 All the teams that will play in Group 2 of the main round of the 2023 European Youth Futsal Championship selection have been decided.

3 November had happened draw of preliminary and main rounds of Euro-2023 (U-19) futsal selection. According to his results, the youth national team of Ukraine got into group 2 of the main round, where they will meet with Romania, Serbia and the winner of group B of the previous round (Montenegro, San Marino, Gibraltar). The mini-tournament will be hosted by Serbia in the period from March 21 to 26.

Accordingly, the team from Montenegro, which won the mini-tournament held on January 19-21 in Gibraltar, entered our group from the previous round. The Balkans defeated the teams of San Marino (2:1) and Gibraltar (6:5).

Venue of the Euro-2022/2023 final tournament in futsal among young men under 19 years of age was identified Porec (Croatia). In addition to the hosts, the Croatians, seven national teams will play in the final stage from September 3 to 10, which will become known after the second round of qualification, which will be completed by March 26. The format of the final tournament will remain the same: eight participants will play in two groups of four teams each, the best two of which will advance to the semifinals.

The debut European Futsal Championship among youth was held in 2019 in Riga, the second draw took place in 2022 in Jaen — both times (2019, 2022) the Spanish team became the champion. The second championship was originally planned for 2021, but was postponed due to the COVID-19 pandemic.

The national team of Ukraine participated in both final tournaments. In 2019, Vitaly Odegova's wards took third place in the group, and in 2022 stopped in the semi-finals.

Ihor Moskvichev's wards played their final match at the Croatian...

Ihor Moskvichev's wards played their second match at the Croatian...

Ihor Moskvichev's wards played their first match at the Croatian...